Located in the town of Motegi in the eastern Tochigi prefecture, Twin Ring Motegi is the host of the Japanese MotoGP. A place where the 21st Century meets traditional culture, Motegi is a major attraction for motorsports fans all year round.

Built by Honda as an ultimate testing and showcase facility, it opened in 1997 after more than 10 years in the making. The venue contains the Honda Collection Hall, a safety and riding school, dirt and go-kart tracks, hotel, restaurant, shops, and event halls. The circuit was added to the MotoGP calendar in 2000 and known as the Pacific GP until 2003. The event officially became the Japanese GP in 2004.

Formula Nippon, Super GT and Super Taikyu hold races on the Road Course annually, and local motorsport events are held almost every weekend. The name of the circuit comes from its two racing courses: the Super Speedway, an oval American-style course, and the Road Course, which has a European-style layout. Even though they are separate tracks, it is not possible for races to be held on the two courses at the same time.

The 4.80 kilometer, 15 meter-wide, clockwise circuit has 6 left-handed turns, 8 right-handed turns and a longest straight of 762 meters. Starting with three long straights connected by four corners, the first section of the track is all about hard acceleration from low gear, hard braking, and maintaining a tight line for a strong exit. Past Turn 6/130R, the riders enter the section where overtaking opportunities abound. The track is not devoid of danger, but the riders relish the challenge.

Valentino Rossi is the active rider with the most premier class wins, while Jorge Lorenzo currently holds the circuit record. Honda is the most successful manufacturer on this circuit.

The 2020 Japanese MotoGP at Twin Ring Motegi (originally scheduled for October 16-18) has been cancelled due to the coronavirus pandemic. The 2021 MotoGP calendar has not yet been announced.

Other 2020 events at Twin Ring Motegi – including Super Formula and Super GT – may also be impacted by the coronavirus pandemic.

Check the circuit website for up to date information about events. 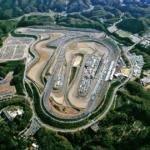 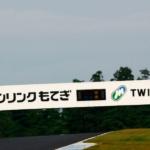 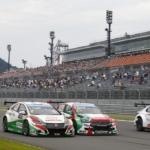 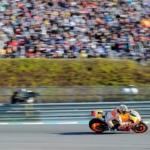 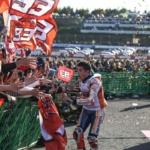 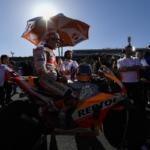 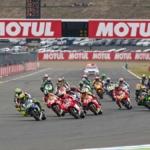