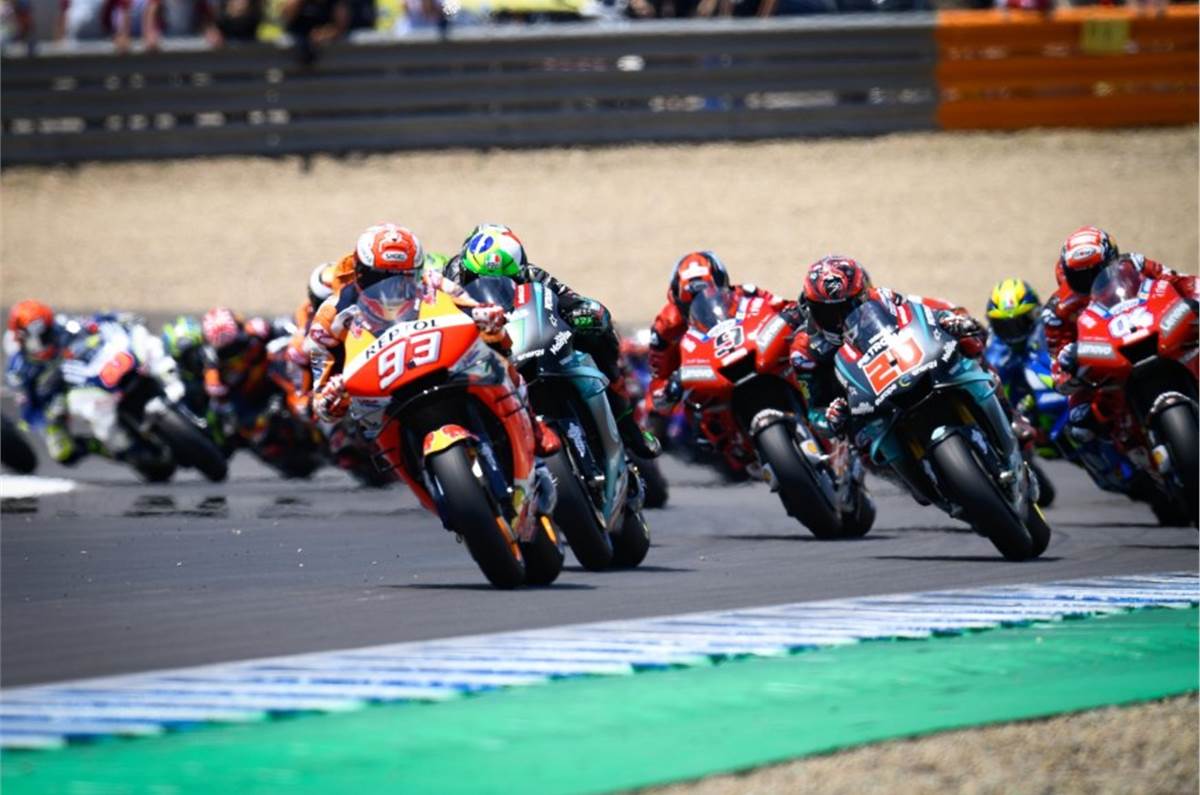 MotoGP has confirmed details of a provisional 20-race calendar for 2021, including a return to many of the international circuits that were missing from this year’s coronavirus-impacted schedule.

The planned 2021 MotoGP calendar begins with a night race in Qatar on March 28, followed by races in Argentina and the USA during April. The European calendar begins at Circuito de Jerez in Spain on May 2 and ends in San Marino on September 19. As well as traditional European dates in France (Le Mans), Italy (Mugello, Misano), Spain (Catalunya, Aragon, Valencia), Germany (Sachsenring), Austria (Red Bull Ring) and Britain (Silverstone), the 2021 calendar also features a return to TT Circuit Assen in The Netherlands and the debut of a new event in Finland at the Kymi Ring. One European date between July 11-August 15 is yet to be announced. This date could be taken by the Czech MotoGP event, which has been left off the provisional calendar pending necessary safety improvements (including track resurfacing) at Automotodrom Brno.

The provisional calendar also includes a packed October, with four races in Japan, Thailand, Australia and Malaysia planned before the final race of the season in Valencia on November 14. Three venues have been listed in reserve, ready to fill slots on the calendar should issues arise with the planned events. These are the Algarve International Circuit in Portimao (which hosts the final race of the 2020 MotoGP season) and new circuits in Russia (Igora Drive) and Indonesia (Mandalika Street Circuit).