Literally the hottest race on the calendar, the Santiago E-Prix made a comeback in season 5 of the championship at a new venue. The Parque O’ Higgins circuit played host to the third round of Season 5 in a race that went down in Formula E history as the hottest E-Prix ever, with temperatures hitting 47 degrees celsius.

The temporary street circuit that runs through Chile’s second largest park is named after Bernardo O’Higgins, one of the founding fathers of Chile. The previous race in season 4 was held at Parque Forestal Ciudad de Santiago, but was moved to Parque O’ Higgins due to complaints from residents concerning road closures near residential areas.

The 2.348km Parque O’ Higgins track however, was built using the utility roads located within the park. With 14 tight and twisty turns right in the city centre and around the landmark Movistar Arena, the track features a flat-out straight between turns 3 and 4 and a high speed exit before turn 12 making for great overtaking opportunities. Sam Bird of Envision Virgin Racing holds the position of current race winner at the track while Daniel Abt of Audi Sport ABT Schaeffler clocked in the fastest lap at 1:11.263.

While Santiago de Chile has its fair share of other motorsport events at other circuits in the city, the popular Lollapalooza music festival has also been held at Parque O’ Higgins since 2011.

Parque O’Higgins Circuit is a temporary street circuit that’s currently only used for once a year for Formula E.

A park in Santiago, Chile

Parque O’Higgins is located in the heart of the city, close to many of Santiago’s best attractions. You can get there via the Metro from all over the capital and taxis/ride sharing are also cheap.

Santiago International Airport (SCL), also known as Arturo Merino Benítez International Airport, is situated 15km northwest of the Santiago’s centre. Latam Chile has its main base at the airport. Long-haul direct connections include Rome, London, Madrid, Tel Aviv, Sydney and plenty of daily flights to many US cities.

View all 2500+ accommodation options in Santiago for the 2020 Santiago E-Prix on January 18. 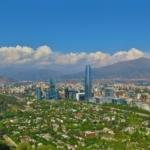 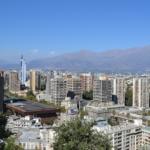 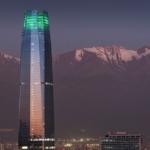 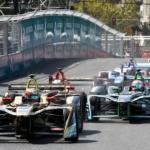 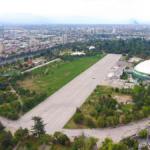 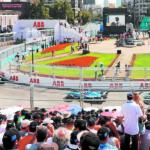 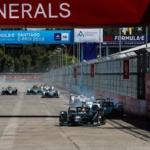