Motorland Aragon, also known as Ciudad del Motor de Aragón, is the third Spanish venue on the MotoGP calendar and home of the Aragon GP.

Located in Alcañiz, in the lower Aragon region, the circuit was designed by Hermann Tilke, with Spanish Formula One driver Pedro de la Rosa acting as his technical advisor. The renowned British firm Foster + Partners won a competition to design the project’s architectural structures. Three zones dominate the venue: the TechnoPark (a complex for motor sport research, development and innovation), the Sports Area (which contains the racing circuit with multiple layouts), and the Leisure and Culture Area (where a hotel, business and shopping areas are situated). The project was started in 2006 and completed in 2009. MotoGP officially added the track to its calendar in 2010, replacing the Hungarian GP.

The ultra-modern motorsport complex quickly gained prominence as one of the best of its kind worldwide. Its calendar is never short of local motorsport events and competitions. Aside from MotoGP, the road racing track also annually hosts the Superbike World Championship and the FIM CEV Repsol.

The 5.1 kilometer, 15 meter-wide, anti-clockwise circuit consists of 10 left-handed turns, 7 right-handed turns, and a longest straight of 968 meters. Characterized by long corners, the section of the track containing Turns 12 to 15 is probably the most interesting one, as it offers both attacking and counterattacking opportunities for riders. Spanish riders have been particularly dominant on this circuit, having won 7 of the past 9 Grands Prix. Turn 10 was officially named after six-time MotoGP Champion and anti-clockwise circuit maestro Marc Marquez during the 2018 season.

Jorge Lorenzo currently holds the circuit record, while Marc Marquez is the rider with the most wins on this circuit with 4 premier class victories.

Motorland Aragon is set to stage two back-t0-back racing weekends in October as part of the revised 2020 MotoGP calendar. Other events at the circuit in 2020 may have been impacted by the coronavirus pandemic. Check the circuit website for up to date information on events.

Motorland Aragon is roughly equidistant (250km) between Barcelona and Valencia.

The closest airport is Zaragoza Airport (ZAZ), approximately 115km from the circuit. It has a limited selection of flights with Ryanair (Bergamo, Brussels Charleroi, London Stansted), Vueling (Palma de Mallorca, Tenerife) and Wizz Air (Bucharest). For a larger selection of flights, including long-haul routes, you may consider flying into Barcelona Airport (BCN) or Valencia Airport (VLC).

Click here for a map with road connections to Motorland Aragon.

Motorland Aragon is located in a rural region close to the town of Alcañiz, approximately 100km southeast of Zaragoza.

Camping is also available in Alcañiz and surrounds for the MotoGP in October.

View all accommodation near Motorland Aragon.

Guided tours of Motorland Aragon are available year round, subject to availability and events.

A range of driving and passenger experiences are available at Motorland Aragon throughout the year. 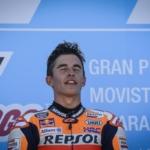 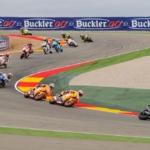 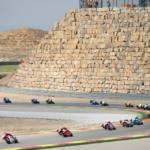 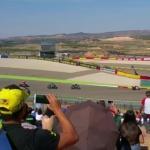 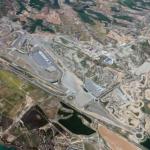 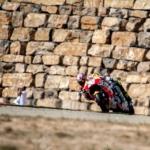 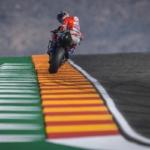