Located in Misano Adriatico in Italy, the event takes its name from the nearby principality of San Marino, and to avoid confusion with the Italian GP in Mugello. Misano also annually hosts rounds of the DTM and Superbike World Championship.

The original circuit was designed in 1969 and inaugurated in 1972. It went on to host 3 editions of the San Marino GP, from 1985 to 1987. A series of modifications were carried out through the years, though Wayne Rainey’s career-ending injury in 1993 saw Misano taken off the MotoGP calendar for some years. Misano finally returned to the MotoGP calendar in 2007, with a new layout and clockwise configuration, along with improved circuit facilities. In November 2011, the circuit was renamed Misano World Circuit Marco Simoncelli, in honor of the locally-born MotoGP rider who lost his life in an accident during the Malaysian GP of the same year.

The 4.20 kilometer, 14-meter-wide circuit has 6 left-hand turns, 10 right-hand turns, and a longest straight of 530 meters. While some say the new Misano lacks the challenges and complexity of the old one, lots of hard acceleration on low gears and particular passing points still keep riders on their toes. The venue can accommodate up to 100,000 fans. Atmosphere during race weekends is never dull, with riders such as Valentino Rossi, who considers this as his home race, and Andrea Dovizioso flying the flag proud and strong for the locals.

Recently-retired rider Dani Pedrosa holds the circuit record, while Jorge Lorenzo has the most premier class wins on this circuit of the current riders.

Misano World Circuit is set to host two races on the revised MotoGP calendar in September 2020, but other events have been impacted by the coronavirus pandemic. Get up to date information on the circuit website.

Misano World Circuit is located in northeast Italy, close to the Adriatic coast and the hilltop principality of San Marino.

The closest airport is Federico Fellini International Airport (RMI) in nearby Rimini – but it serves mainly seasonal and charter flights. For a better selection of flights, consider flying into Bologna Airport (BLQ) – 120km from the circuit – which is a major Ryanair hub and has direct flights to most European capitals.

Here are the best ways to get to the circuit on MotoGP weekend:

Misano World Circuit is located close to the Adriatic Sea on the Italian Riviera. Camping is popular at the circuit or you can stay in the pretty seaside towns of Rimini, Riccione or Pesaro. 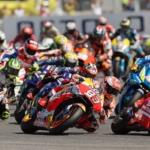 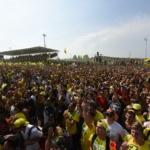 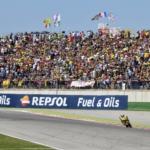 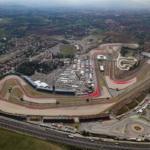 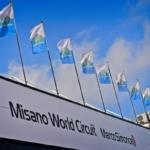 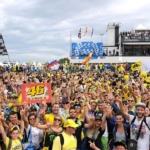 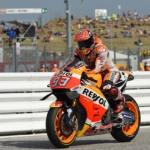