Located in the shadows of Mount Fuji and established in 1963, Fuji Speedway was originally designed as a Nascar-style banked oval circuit.

After the original owners ran out of money, Fuji Speedway was opened as a road circuit with just one banked turn remaining from the original design – but this was removed after several fatal accidents. After hosting GT racing and a non-championship Indy Car race, Fuji Speedway was added to the 1976 Formula 1 World Championship as the final race of the season. It is best remembered for the heavy rain that saw Niki Lauda retire, handing the driver’s title to James Hunt in dramatic circumstances. After just two races, the Japanese Grand Prix fell off the Formula 1 calendar and wouldn’t return until 1987 – this time at Suzuka.

Fuji remained a popular circuit for sportscar racing and also welcomed the FIA World Sportscar Championship from 1982-1988. The circuit was acquired by Toyota in 2000 and the Japanese auto giant embarked on a major renovation and remodelling of the layout based on a design from Hermann Tilke. The Japanese Grand Prix returned to Fuji Speedway for two more seasons (2007-2008), but the race was a victim of the Global Financial Crisis. Since 2012, the circuit has hosted the 6 Hours of Fuji as part of the World Endurance Championship. Toyota has won five out of the last six races at its home circuit.

Events at Fuji Speedway in 2020 have been impacted by the coronavirus pandemic.

Check the circuit website for up to date information on the status of upcoming events.

Fuji Speedway is located around 100km southeast of the Japanese capital Tokyo.

The closest major airport to Fuji Speedway is Tokyo Haneda Airport, approximately 100km away in the direction of Tokyo – Haneda is the main base for Japanese domestic airlines Japan Airlines and All Nippon Airways, and also has long-haul flights. You may also consider flying in to Shizuoka Airport, approx. 120km from the circuit.  You can access the circuit in about 90 minutes by car from Tokyo, or approximately 2 hours via public transport (bus, train).

Fuji Speedway is located in a largely rural area in the shadow of Mount Fuji, some 100km from Tokyo. You can stay in a hotel in the Oyama district nearby, or commute from Tokyo, Yokohama or Shizuoka. 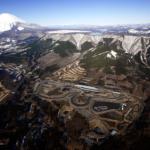 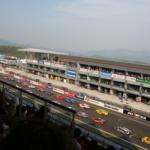 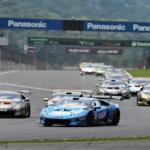 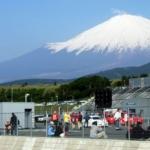 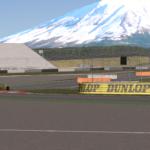 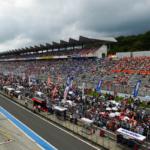 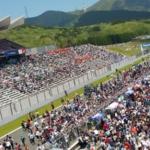