First, Last & Only: Six milestones from the Italian Grand Prix 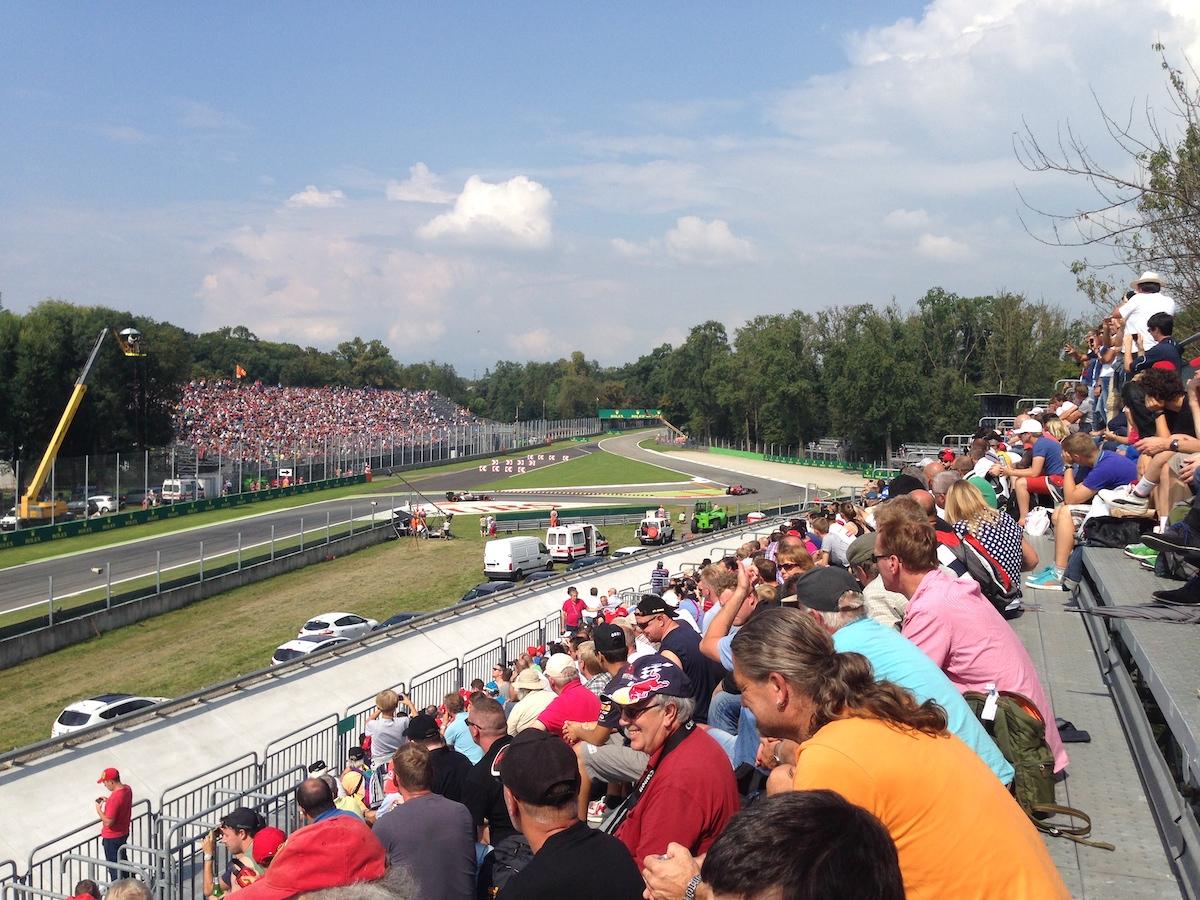 The Head and Neck Support (HANS) device was first used at the 2002 Italian Grand Prix. Dr. Robert Hubbard designed the device in the early 1980s, which is intended to prevent drivers heads from moving violently in heavy impacts. As Formula 1’s pursuit of safety sped up following the deaths of Roland Ratzenberger and Ayrton Senna at the 1994 San Marino Grand Prix, the FIA soon became interested in the device and Charlie Whiting met with Dr Hubbard in 1996. Mercedes had tested several ideas for helping to protect drivers, including an expensive air bag system, but the HANS device proved most effective.

The device was actually first made compulsory in the American CART Series in 2001 at oval tracks. In F1, both Sauber drivers ran the device in practice for the 2002 Italian Grand Prix, but only Felipe Massa used it in the race. The HANS device became mandatory in F1 in 2003 and has since saved countless lives at all levels of motorsport.

Future four-time World Champion Sebastian Vettel secured his first Formula 1 victory at the 2008 Italian Grand Prix. Having taken pole position in wet conditions at the Monza circuit, Vettel faced similarly damp weather in the Grand Prix. That didn’t faze the 21-year-old, nor did it stop him from putting on a dominant display and leading almost every lap of the race for Toro Rosso. He became the sport’s youngest ever winner, a record which was later beaten by Max Verstappen in 2016.

The 1963 Italian Grand Prix was the last Formula 1 race to have a distance of over 300 miles (483km). Nowadays, with the exception of Monaco, F1 races run to a distance of 305km – but longer races were commonplace in the early years of the drivers’ championship. The 1963 Italian Grand Prix was scheduled to take place on the 10km layout of Monza. However, after a number of incidents caused by the bumpy track surface in Friday practice – especially on the banked sections – organisers switched to the road layout for the rest of the weekend. The race was run over 86 laps and resulted in Jim Clark securing his first World Championship. By far the longest races held as a round of the championship were the Indianapolis 500 races, which were run – as the name suggests – to a distance of 500 miles (804km) between 1950 and 1960. The longest “Formula 1” Grand Prix was the 1951 French Grand Prix, which ran to a distance of 602km. 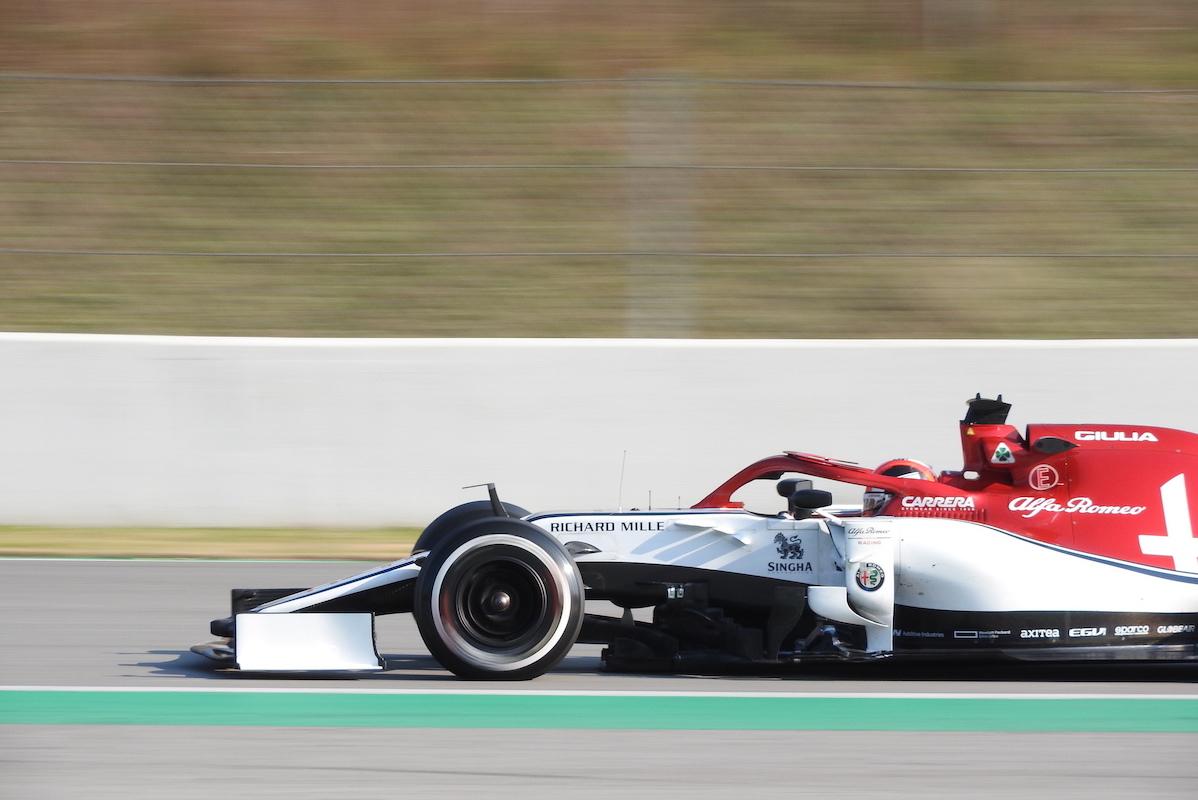 Riccardo Patrese scored Alfa Romeo’s last podium finish at the 1984 Italian Grand Prix. Patrese had been running outside of the points for most of the race, until lap 44 of 53 when two competitors ran out of fuel. Five laps from the end, Patrese passed Stefan Johannsson’s Toleman to take third. It was Alfa Romeo’s 26th podium finish and their most recent top three finish to date. Alfa Romeo were the very first Grand Prix winners in F1 and competed in 1950 and 1951 using mostly pre-war technology. They were enticed to return in 1979 but were not frontrunners. Between 1979 and 1985, the team picked up five podium finishes and recorded a best championship placing of sixth in 1983. After scoring 0 points in 1985, the team quit, remaining as an engine partner to Osella through to 1987. The marque eventually returned to the sport in 2019, when Sauber was rebranded as Alfa Romeo.

The first ever Formula 1 World Champion remains the only driver to have secured the title at his home event. All three regular Alfa Romeo drivers were in contention for the title as the championship reached its seventh and final round at Monza. Juan Manuel Fangio led with 26 points, Luigi Fagioli had 24 and Giuseppe Farina 22. Farina had to win the race with Fangio finishing third or lower in order to secure the title; and that is exactly what happened. Fangio failed to finish, and actually retired twice, first in his own car and then again having taken over Piero Taruffi’s car. With Fagioli finishing third, Farina was crowned Formula 1’s inaugural champion at his home event. In F1’s 70-year history, no driver other than Farina has won the title at their home event. The last driver to be in contention to secure a title at their home race was Felipe Massa at the 2008 Brazilian Grand Prix.

The Jordan Grand Prix team won four races during their existence, but the 1999 Italian Grand Prix is the only one which they won in dry conditions.  This race is perhaps most famous for Mika Hakkinen’s outpouring of emotion after spinning out of the lead of the race. The Finn had led comfortably until an unforced error led to the end of his afternoon. It was Heinz-Harald Frentzen who benefited from the McLaren driver’s mistakes and, though Ralf Schumacher closed the gap in the closing stages, Frentzen took the victory. Prior to this race, Damon Hill had taken the team’s first win in damp conditions at the 1998 Belgian Grand Prix and Frentzen had won a dry to wet race at the 1999 French Grand Prix. It would be four years before the team won their fourth and final race, courtesy of Giancarlo Fisichella at the 2003 Brazilian Grand Prix.