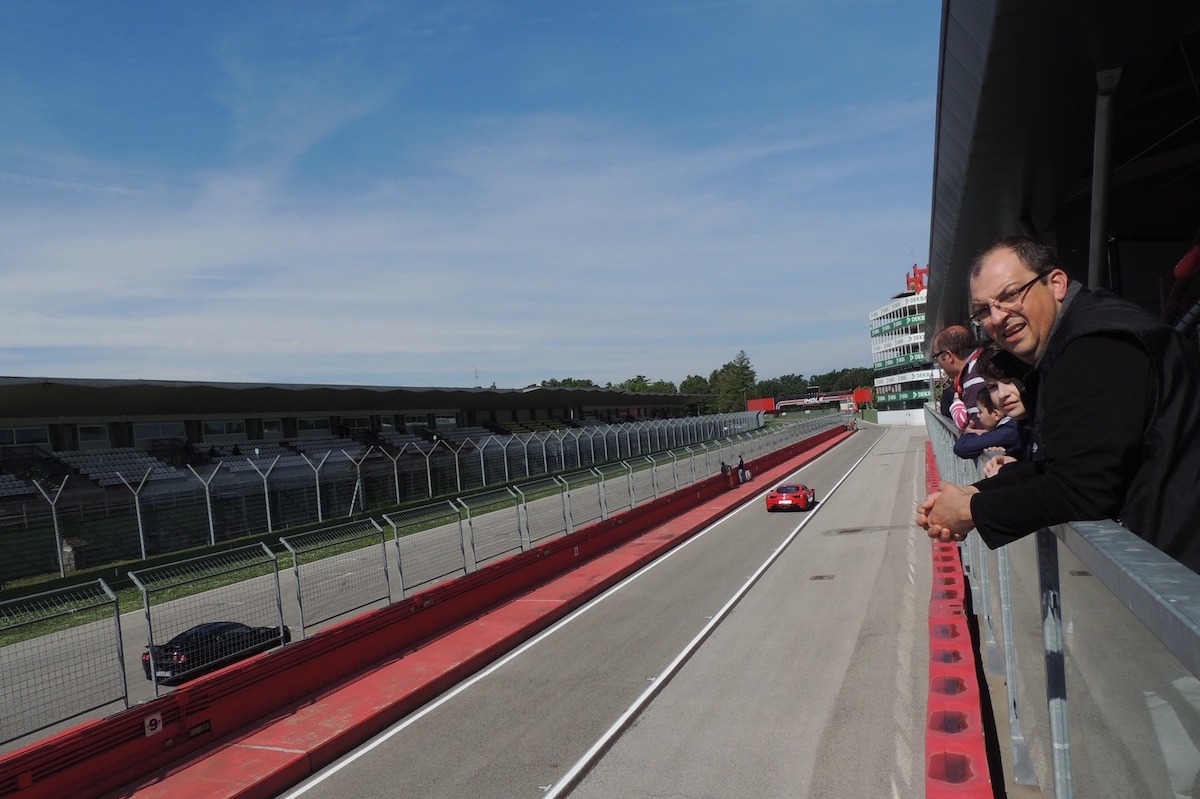 From the only Italian Grand Prix not to be held at Monza, to Ayrton Senna’s final pole position and Japan’s first points, here are six milestone Formula 1 events that took place at Imola.

1980: Only Italian Grand Prix not held at Monza 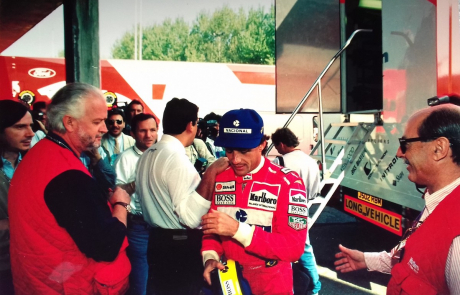 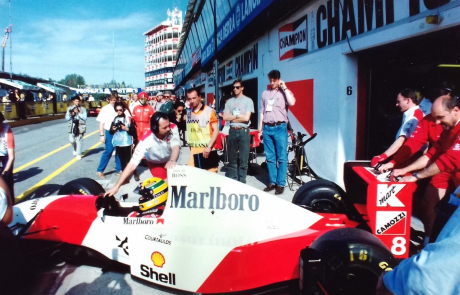 If you mention Imola to any motorsport fan, the events of the 1994 San Marino Grand Prix weekend will surely spring to mind. Though Ayrton Senna’s career came to an untimely end at the circuit, Imola is a track at which he had previously excelled. Senna recorded eight pole positions here, which remains a shared record for most poles at a single circuit. His final pole position came one day before his death at the circuit in 1994. His tally of 65 career poles has since been surpassed by only Michael Schumacher and Lewis Hamilton.

In 1988, Senna moved from Lotus to McLaren and it didn’t take him long to settle in at the team. He won on only his second appearance for McLaren; his first of 35 victories with the team. Senna remains fourth in the list of most victories with a single constructor.

At the 1987 San Marino Grand Prix, Satoru Nakajima became the first Japanese driver to score a point in Formula 1. Nakajima had joined Lotus at the start of the season and scored his first points in only his second F1 outing. He had qualified in thirteenth place for the race, but was forced to start from the pit lane due to a faulty battery. Nakajima even ran out of fuel and stopped two laps before the end of the race, but he had raced enough distance for his points to be secure. Japan was the 26th different country to score a point in F1. Since Nakajima’s first points, seven further nations have been added to the list of countries to have scored in the sport. Russia is the most recent addition, with Vitaly Petrov scoring the first points for a Russian driver at the 2010 Chinese Grand Prix. 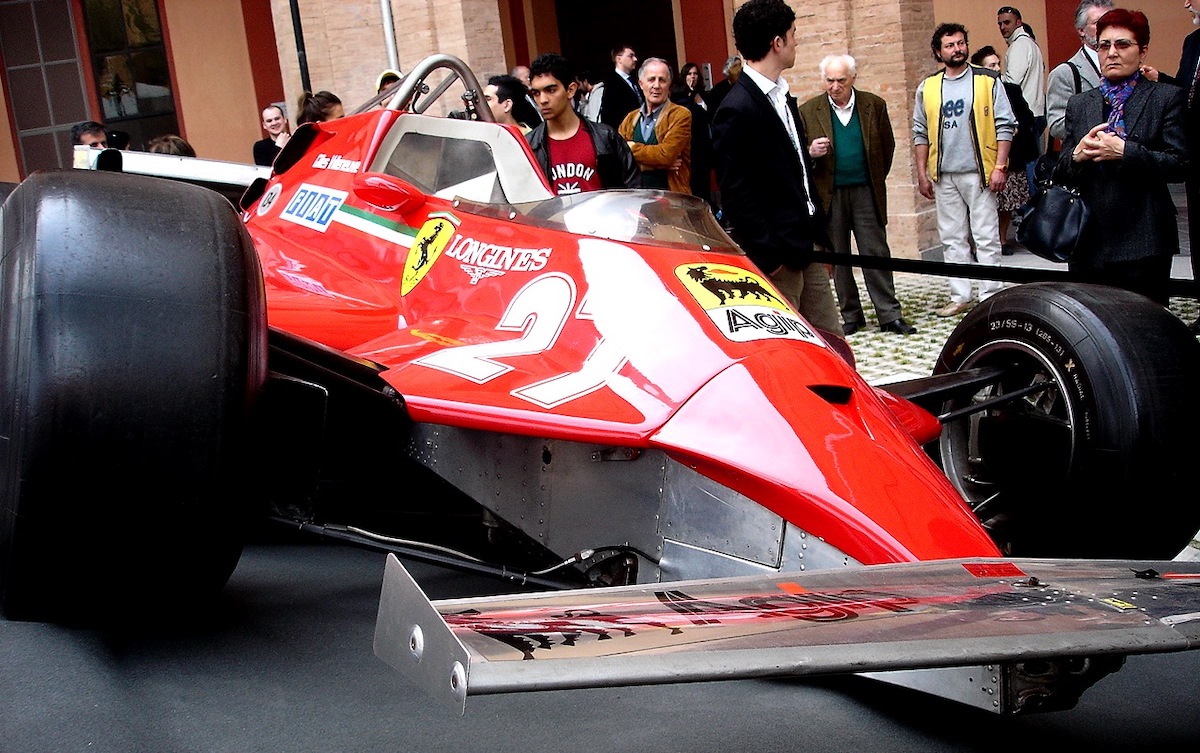 Gilles Villeneuve took the final podium finish of his career at Imola in 1982, two weeks before his death. With Villeneuve leading and team-mate Didier Pironi a comfortable second, Ferrari instructed their drivers to slow in the closing stages. However, Pironi overtook Villeneuve on the final lap. The Frenchman’s overtake angered Villeneuve, and he vowed to never speak to Pironi again. The San Marino Grand Prix would be the only race in which Villeneuve would be classified in 1982. He failed to finish the first two races of the year and though he finished third at the United States Grand Prix West, he was disqualified when his Ferrari’s rear wing was found to be illegal. After his podium at Imola, Villeneuve was killed in qualifying for the Belgian Grand Prix. 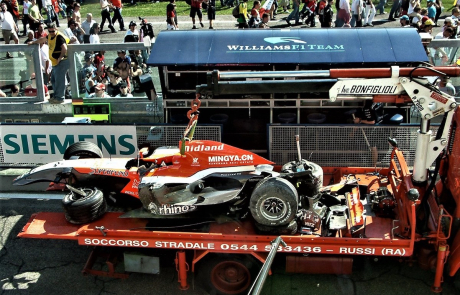 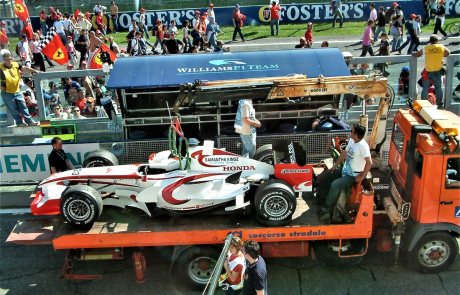 Yuji Ide made his final Formula 1 appearance at the 2006 San Marino Grand Prix. The 31-year old Japanese driver competed for the new Super Aguri team at the start of the 2006 season, but things did not run smoothly. The first three race weekends of his career had been littered with a number of spins and blocking infringements, and the team’s battle was not helped by the fact that Ide did not speak good English. At the San Marino Grand Prix, the Japanese driver was involved in a first lap collision which sent Midland’s Christijan Albers into a barrel roll. Upon advice from the FIA, Super Aguri replaced Ide with Franck Montagny for the next race, and Ide was prevented from future involvement in the 2006 season after having his Super License revoked by the FIA weeks later. Ide would never make it back into F1 and instead returned to his homeland, where he competed in Formula Nippon and Super GT.

1983: Last time three drivers from the same country finished on the podium

The 1983 San Marino Grand Prix was won by Patrick Tambay for Ferrari. He was joined on the podium by fellow Frenchmen Alain Prost and Rene Arnoux. This is the last time that three drivers of the same nationality have finished on a Formula 1 podium together. Excluding the Indianapolis 500, the podium positions have been made up exclusively of drivers of the same nationality on just eighteen occasions in F1’s history. Britain, France and Italy are the only nations to have accomplished the feat. Tambay’s win would also prove to be Ferrari’s last victory at their second home race until 1999.