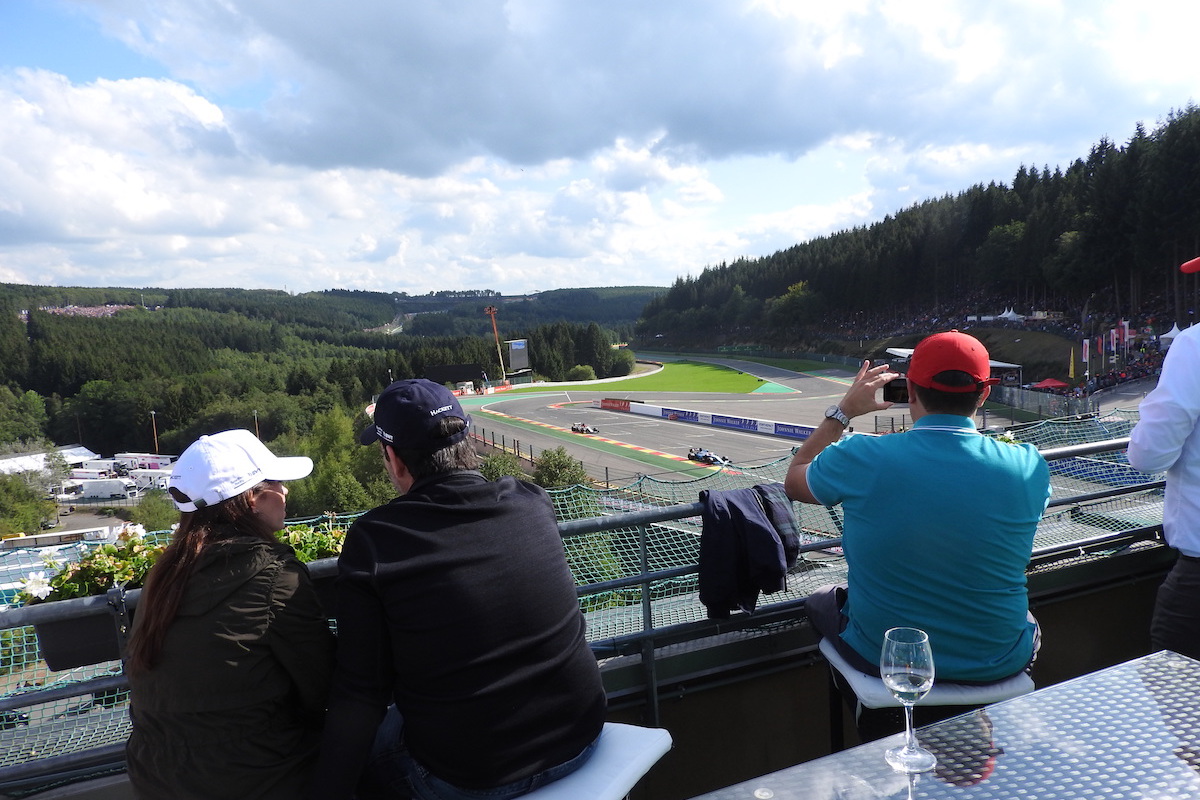 Nicky Haldenby looks back over 70 years of the Belgian Grand Prix and picks out six milestone facts from the legendary Circuit de Spa-Francorchamps.

1997: First race to start behind the Safety Car

In 1997, a new regulation was added to the Formula 1 rule book which saw wet races start behind the Safety Car. The first time this happened was at the 1997 Belgian Grand Prix, which was the first Formula 1 race to start behind the Safety Car. Incidentally, the 1997 season was the first to feature a full-time Safety Car driver. That role went to Formula 3000 driver Oliver Gavin, who remained at the wheel until 2000 when the keys were handed over to Bernd Mayländer.

The rules were altered slightly in 2019 so that if a race gets underway behind the Safety Car, the cars will line up on the grid for a standing start when conditions are deemed satisfactory. The only time that has happened so far is at the 2019 German Grand Prix. 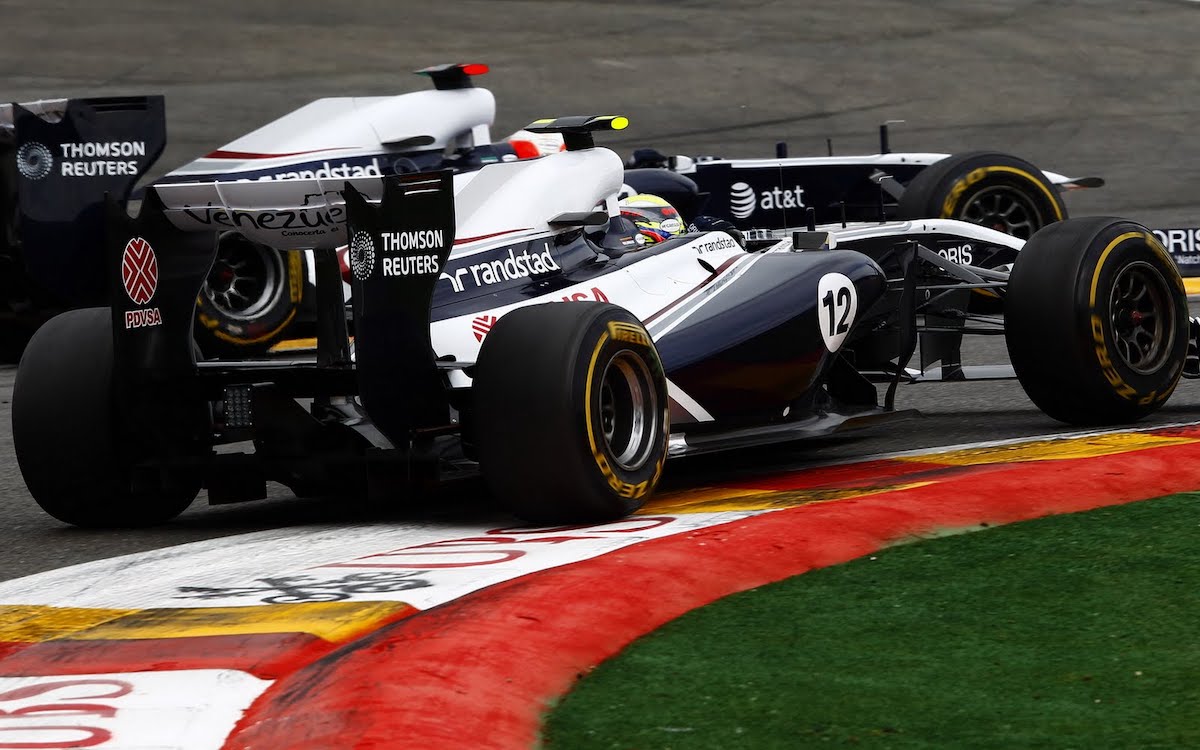 At the 2011 Belgian Grand Prix, Pastor Maldonado finished in tenth place and scored the first point of his career. Maldonado had qualified in sixteenth for the race but started 21st after picking up a five-place grid penalty. The penalty was for a bizarre incident after the chequered flag in Q2, in which the Williams driver clattered into the side of Lewis Hamilton’s McLaren. The collision was deemed to be avoidable, thus a five-place penalty was applied to Maldonado.  Nevertheless, he recovered in the race to tenth to pick up the first point for a Venezuelan driver since Johnny Cecotto finished sixth at Long Beach in the 1983 United States Grand Prix West.

Romain Grosjean took the final podium finish for Lotus in extraordinary circumstances at the 2015 Belgian Grand Prix. Grosjean had a strong race and after starting ninth, he was in fourth in the closing stages. A controversial tyre failure for the Ferrari of Sebastian Vettel allowed Grosjean to take advantage and finish third.

It wasn’t an easy weekend for Lotus, who were embroiled in a legal battle with former test driver Charles Pic. As a result, the team’s cars and equipment were impounded after the race and eventually released by bailiffs just in time for the cars to head to Monza for the Italian Grand Prix. It was the final podium for the team before they returned to their Renault guise. It’s also Grosjean’s most recent podium finish to date. 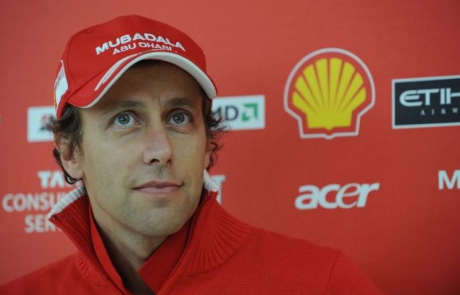 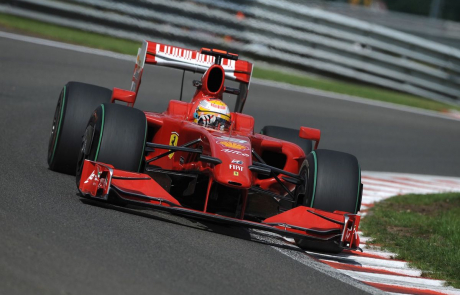 Luca Badoer made his final Formula 1 start at the 2009 Belgian Grand Prix. Badoer had made his first Formula 1 appearance in almost ten years at the previous round in Valencia, following Felipe Massa’s injury at the 2009 Hungarian Grand Prix. Michael Schumacher had attempted to make a comeback but couldn’t due to a neck injury. This led to Ferrari calling on Badoer for his services.

Badoer had finished seventeenth of the eighteen finishers in Valencia, and in Belgium he finished last of the fourteen finishers. Somehow, the Italian set the fastest first sector time of any driver in the race. His performance failed to impress, and he was replaced by Giancarlo Fisichella for the rest of the season. Badoer still holds the record for having started the most Grands Prix without scoring a single point.

Juan Manuel Fangio started 51 Grands Prix during his World Championship Formula 1 career and retired ten times due to mechanical failures. Of the remaining 41 races, Fangio finished on the podium 35 times and finished fourth five times. The 1951 Belgian Grand Prix is the only race in which Fangio finished a race in a position lower than fourth place. He finished four laps down on race winner Giuseppe Farina in ninth place.

The reason for the poor result? Mechanical. After starting from pole, a fault with an expensive and ineffective new suspension system on his Alfa Romeo led to him being stationary in the pits for over fourteen minutes. Nevertheless, Fangio still picked up a point in this race, having set the fastest lap. 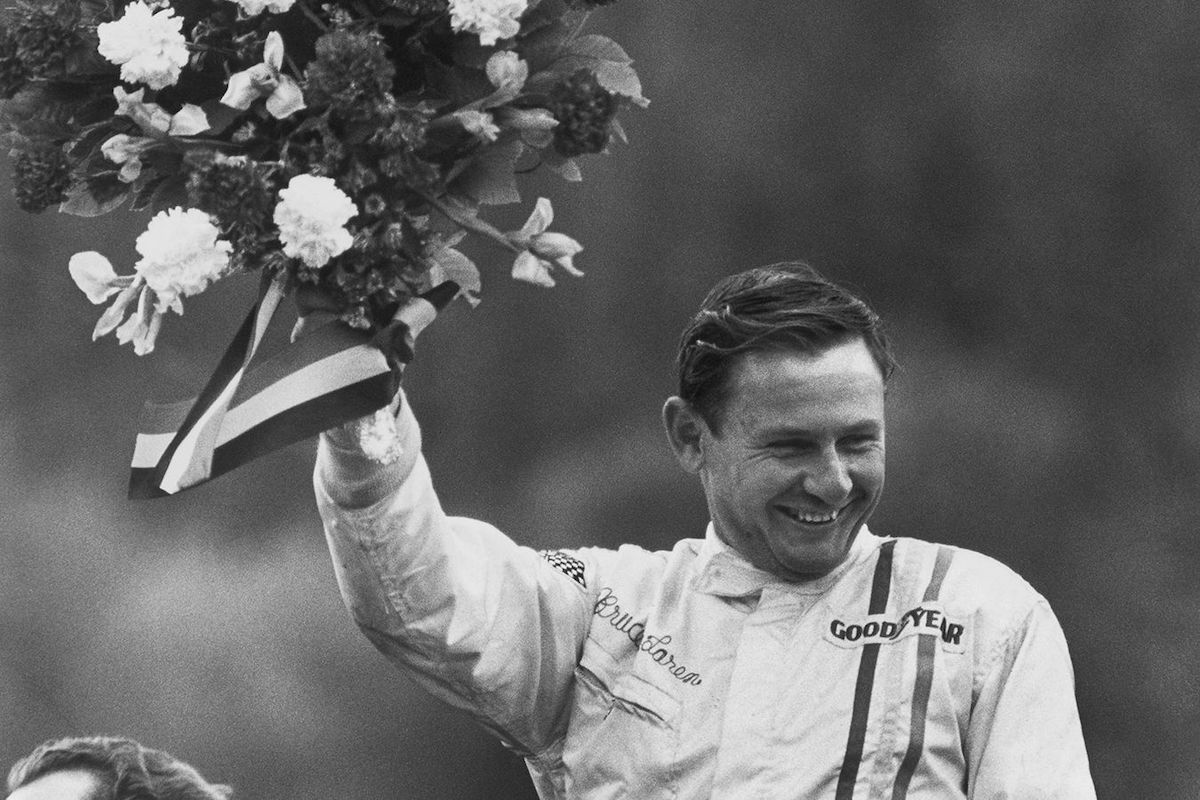 1968: Only McLaren win for McLaren

Starting from sixth on the grid, McLaren found himself in a duel with Pedro Rodriguez for most of the race. Jackie Stewart had led proceedings but, unbeknownst to the pair, the Matra driver had pulled into the pits having run out of fuel, meaning McLaren and Rodriguez battled for the lead on the final lap. The last lap was the only one of the Grand Prix which McLaren led, and he crossed the line ahead of the Mexican. McLaren’s first win as a team turned out to be Bruce McLaren’s only win for the constructor which he founded. He finished on the podium a further six times before being killed in a testing crash at Goodwood in 1970.