First, Last & Only: 5 notable events from the Russian Grand Prix 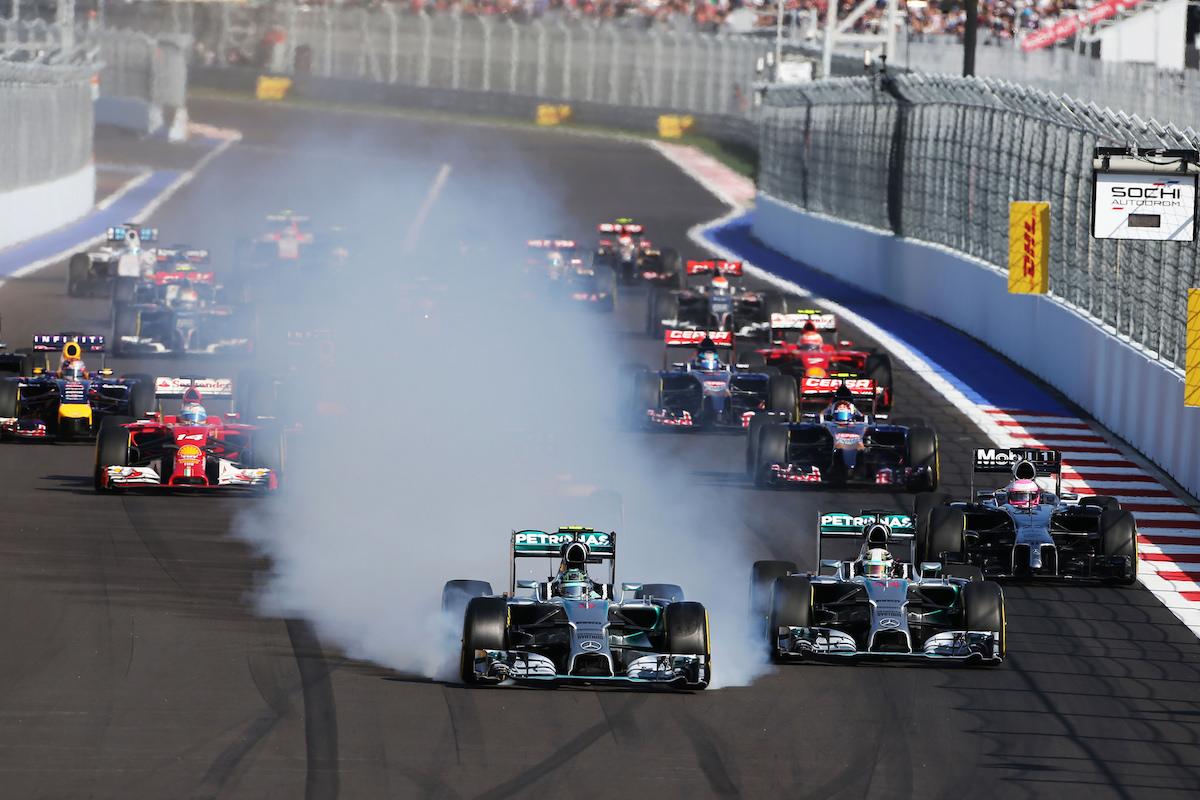 After decades of trying to get a Russian Grand Prix on the Formula 1 calendar, Sochi Autodrom finally hosted the country’s first Grand Prix in 2014. Here are five notable motorsport events which have taken place in Sochi!

At the 2014 Russian Grand Prix, Mercedes were crowned Constructors’ Champions for the first time, becoming the first German constructor to have taken the title. The team had dominated the first season of Formula 1’s V6 hybrid era, with drivers Lewis Hamilton and Nico Rosberg taking all but three of the 19 race wins that season. In the 2014 Russian Grand Prix, Hamilton took victory ahead of Rosberg, extending his title lead. Mercedes have not yet failed to win at the Sochi Autodrom since it joined the calendar in 2014.

Nico Rosberg recorded the first Grand Slam of his Formula 1 career at the 2016 Russian Grand Prix. He took pole, won the race, set the fastest lap and led every lap of the race. Rosberg was unchallenged for the victory and won the race with a 25 second gap back to teammate Hamilton in second place. Rosberg became the 24th driver to record a Grand Slam and would score another at the 2016 European Grand Prix before retiring as World Champion at the end of the season. Only thirteen drivers have taken multiple Grand Slams in their Formula 1 careers.

Valtteri Bottas won his first Formula 1 race at the 2017 Russian Grand Prix. Though the Ferrari drivers locked-out the front row, Bottas started just behind them in third. The Finn overtook his fellow countryman Kimi Raikkonen at the start and had sailed by Sebastian Vettel by the time the cars reached the second turn. From there, Bottas controlled the race and was first of the frontrunners to pit. Vettel took the lead as a result, but the Mercedes was ahead again after he pitted. With Vettel now on fresher tyres, he had the pace advantage. Despite a lock up and a flat spot for Bottas, the Mercedes driver clung on to the lead to claim his maiden victory by just 0.617s!

2017: Last time no overtakes were recorded

2017: Only time the Championship leader after the Russian round has not won the title