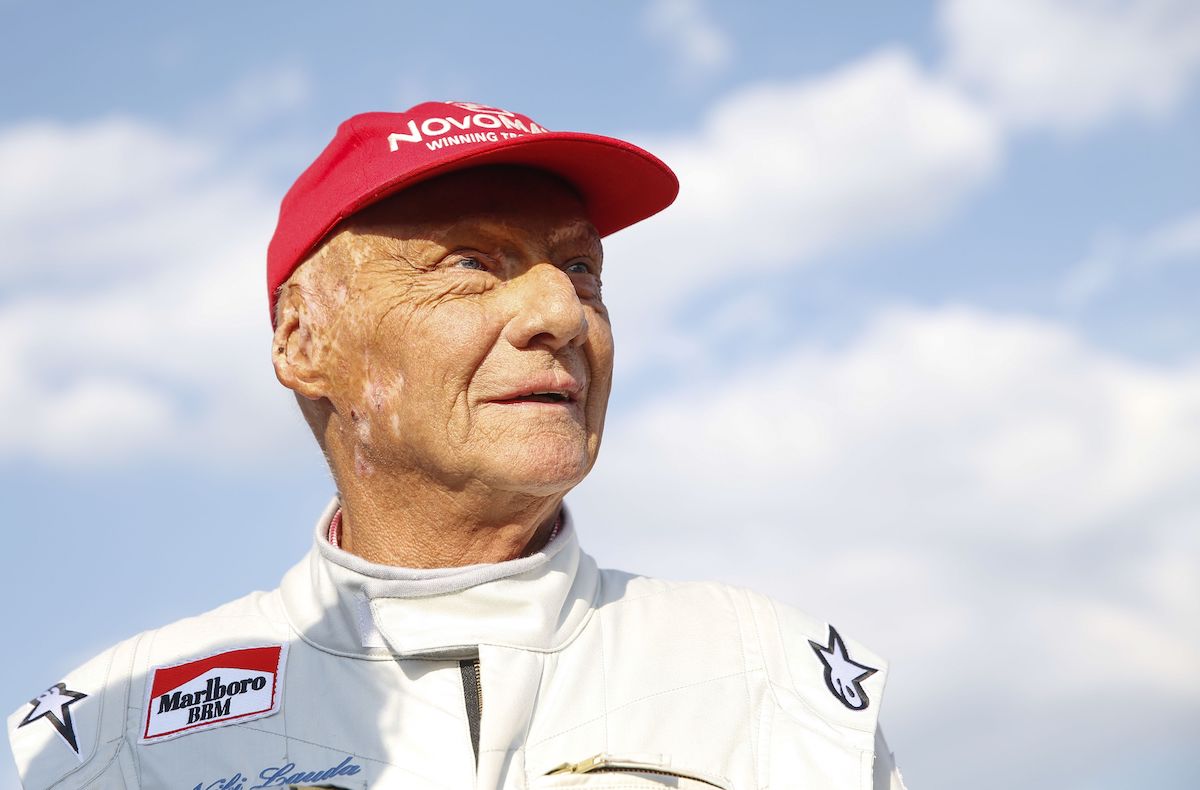 Károly Méhes visits Vienna to discover the places made famous by Niki Lauda, 3-time Formula 1 World Champion and one of the Austrian capital’s most famous sons.

A friend of mine, who knew about my passion for Formula 1 and especially for Niki Lauda, used to tell me how he would meet the Austrian champion most mornings at a particular set of traffic lights. “He would always be in his green Jaguar, wearing his trademark red cap. We saw each other so often that we began acknowledging each other with a quick nod.” I remember being pretty envious of my friend and his passing relationship with a legend.

Lauda was born in Vienna and though later he had homes in Hof (near Salzburg) and on the Spanish island of Ibiza, he remained a Viennese. One year after the death of the 3-time champion and inspirational entrepreneur, I visited the city of his birth to look for Niki Lauda’s Vienna.

My first meeting was with 74-year-old Günther Effenberger, an F1 journalist who has published several books devoted to Niki Lauda – including the first Lauda book that I got my hands on as a young boy, brought home to communist Hungary from West Germany by my father in 1978.

Effenberger was just 22 years of age when he joined the best-selling Vienna daily newspaper Kurier to write about Formula 1 in 1968. Jochen Rindt was already a superstar in Austria, though his career was tragically cut short just two years later, the same year that he was posthumously awarded the drivers’ title. Austria didn’t have to wait long for its next F1 superstar however, as Niki Lauda joined the grid in 1971.

“He actually come to Kurier, asking me to write about him,” recalls Effenberger, who readily agreed but explained that he only travelled to the nearest races and couldn’t cover him in the same way as full-time F1 journalists. “Lauda agreed to call me during race weekends after every practice session and of course, to give his report on each race. We had a good working relationship during his first few seasons.”

“In 1976, two weeks after Niki’s fiery accident at the Nürburgring, my colleague Helmut Zwickl travelled to Zeltweg for the Austrian Grand Prix. I stayed in the office but decided to give Niki a call at his home in Hof to get some quotes about the race. It was the way we worked back then. I remember asking Niki how he was felling ‘Shit. I look like Quasimodo’ was the response. My writing moved away from Formula 1 in the following years, but when we would meet he was always kind to me.” 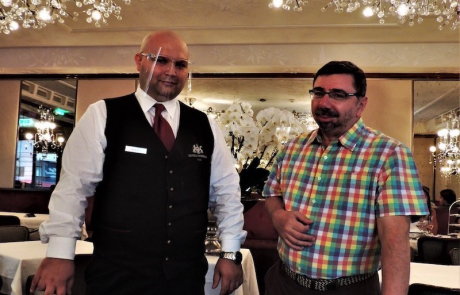 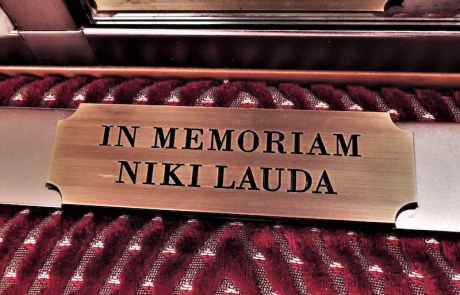 Next stop was the famous Hotel Imperial at the Kärtner Ring, where Lauda’s memory is ever present. I met with Nio Iljic, the maître d on duty that day who had the idea of serving a Niki Lauda breakfast. How did the idea come about, I asked?  “When Niki was living in Vienna, he used to come here every day for breakfast. He used to arrive at 5 minutes to 7am and make a few quick phone calls. If the door was not opened by exactly 7am, he would begin to tap on his watch! He would always sit at the same place in the corner and almost always eat the same breakfast. An soft boiled egg in a glass, bread and butter, a Wiener Melange [Viennese coffee, similar to a cappuccino] and yoghurt with apple and raspberry. Occasionally he would have bacon and eggs.”

“Lauda was also often here with business partners and VIPs as well, and on weekends sometimes he came with his family. I know them quite well, too, however after his death they have only visited for breakfast a handful of times.”

Did you chat to Niki when he was here? “When it wasn’t too busy, he would chat with us about Formula 1 and aeroplanes, all the usual things. He was a polite and friendly person. He greeted everybody when he arrived. I cannot remember when he was sullen or unfriendly. He was Niki! Always ready for a photo or to give an autograph, even on a napkin. We miss him a lot, no question. We put a small memorial plate in the place where he usually sat. The Lauda breakfast is very popular. Many people visit for breakfast to honour his memory.” 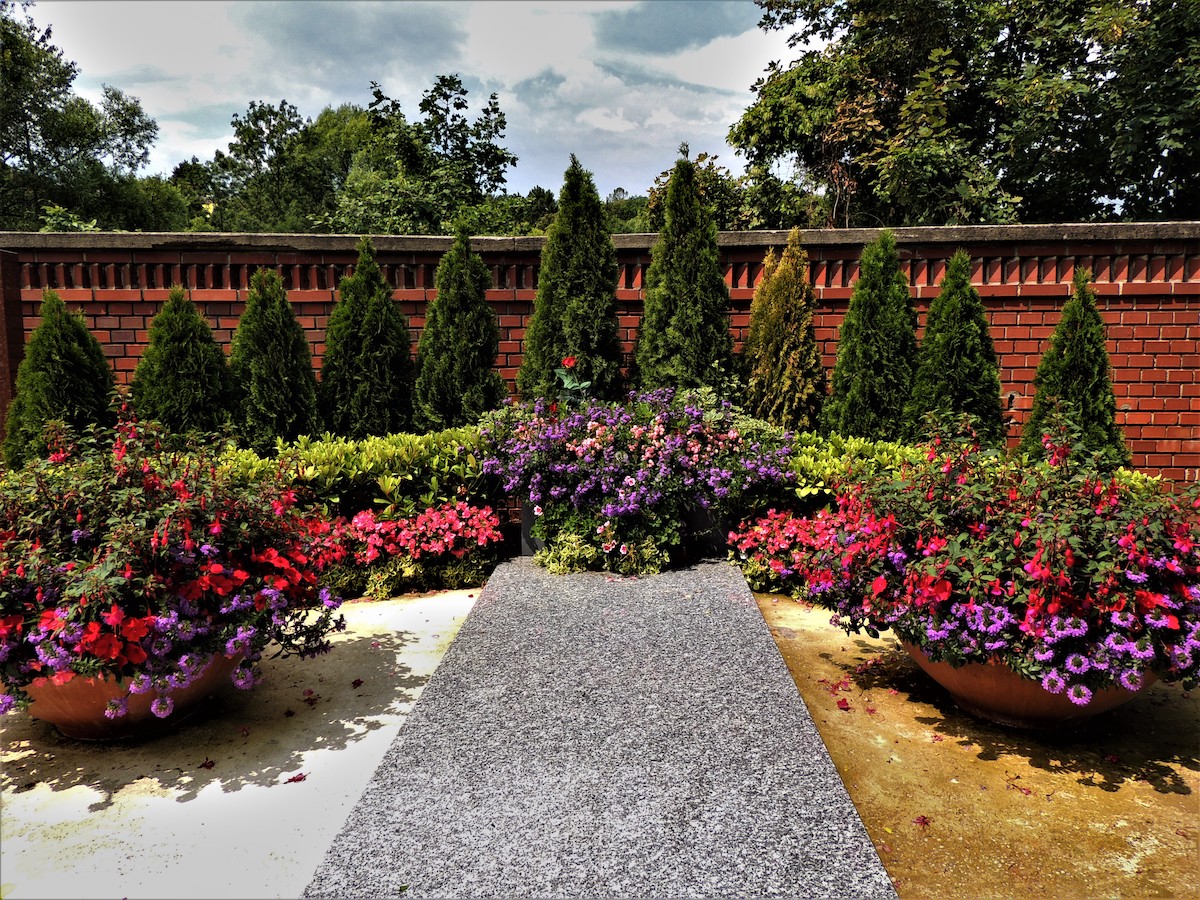 Last but not least, the Heiligenstadt cemetery on the edge of Vienna. Surrounded by vineyards, a quiet and calm place. A few minutes’ walk past the entrance you will find the grave of Niki. Lots of flowers but no inscription on the grey marble stone. Standing there in the silence of the summer is touching but also a bit strange. In my head, powerful Ferraris, Brabhams and McLarens are roaring, and I hear his slightly hoarse but distinct voice. Legends never die.