Circuito Cittadino dell’EUR made a successful debut on the Formula E calendar in 2018 and is rumoured to have a long-term agreement to stage electric racing in the Italian capital.

Held at the Circuito Cittadino dell’EUR temporary street circuit located in the EUR district of Rome, the race features grand views of major landmarks in the business district such as the Obelisco di Marconi and the Colosseo Quadrato.

The 2.84km track is the second longest track in the season 5 calendar and is notorious for its undulating features. With 21 turns going through downhill areas, the track is one of the bumpiest, posing a different sort of challenge for the drivers and teams to try and manage the car’s energy levels. Virgin Racing’s Sam Bird was the first ever Rome E-Prix race winner and the fastest lap title is currently held by Daniel Abt at 1:37.910.

Rome is not unfamiliar with street racing and has hosted plenty of other series before Formula E made its debut there. The nearby streets of the EUR district was even host to the Rome Grand Prix in the 1920s and 1930s.

Circuito Cittadino dell’EUR is a temporary street circuit that’s only used once a year for Formula E. The 2020 Rome E-Prix (scheduled for April 4) was cancelled due to the coronavirus pandemic.

The 2021 Rome E-Prix has been included on the provisional Season 7 calendar for Formula E and will be the first round in Europe on April 10, 2021.

Learn more about how to get to Rome and the Circuito Cittadino dell’EUR for the Rome E-Prix.

Rome is served by two main airports, the largest of which is called Leonardo da Vinci–Fiumicino Airport (FCO). Fiumicino is a major hub for the Italian flag carrier Alitalia and serves flights to Italy, Europe, North America and Asia. A second airport – Ciampino (CIA) is a major hub for Ryanair, which has flights to all corners of Europe.

The Circuito Cittadino dell’EUR is located in Municipio X1 to the south of the city centre. It’s close to several metro stops (EUR Palasport & EUR Fermi) on the southern end of the blue Metro Line B (see map below). You can also take a taxi or ride sharing to the circuit.

Check out our recommended tours in Rome. 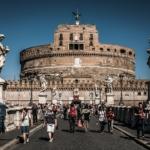 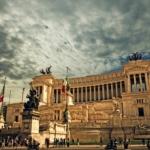 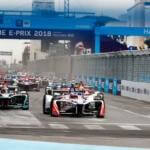 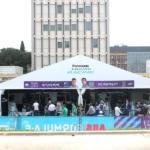 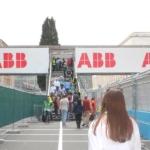 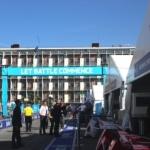 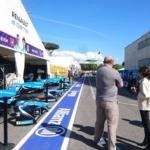 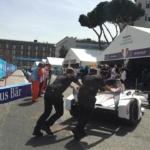 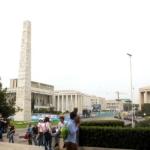