The Circuit Gilles Villeneuve on the man-made Ile Notre Dame Island has hosted many memorable F1 moments, and is a hit with fans who return season after season.

After previously being hosted at Circuit Mont-Tremblant and Mosport Park throughout the 1960s and 70s, the Canadian Grand Prix found a new home on the man-made Ile Notre Dame Island in 1978. The circuit has been on the calendar in almost every season since, except 1987 due to a sponsorship dispute and 2009, when it was removed in favour of the Abu Dhabi Grand Prix. The organisers signed a new deal in November 2009 and the circuit has remained on the calendar in every season since.

The track is highly demanding for the drivers to conquer. The circuit runs between tight barriers, which often catch even the most experienced drivers out. The final half of the circuit features the hairpin section, scene of Robert Kubica’s monstrous 2007 crash, before heading to the final corner and the infamous ‘Wall of Champions’ – the final corner at the track, which is notoriously challenging.

The track has been the scene of a number of debut F1 victories, including Jean Alesi, Lewis Hamilton, Robert Kubica and Daniel Ricciardo. Canadian motorsport hero Gilles Villeneuve also took his maiden win here at the first event held in Montreal. The circuit was renamed in his honour following his death in 1982.

The circuit is often very dusty at the start of the race weekend, as Formula 1 is the only major racing event which takes place at the track. The pit-lane has recently been upgraded, with a new complex which debuted at the 2019 Canadian Grand Prix. A deal signed in 2017 will see the event remain on the F1 calendar until 2029, which good news for the 300,000 fans who attend annually.

Circuit Gilles Villeneuve is a temporary street circuit that’s only used once a year. The 2020 Formula 1 Canadian Grand Prix (originally scheduled for June 12-14) was postponed due to the coronavirus pandemic and has now been officially cancelled. Dates for the 2021 Canadian Grand Prix have not yet been announced.

Montreal’s Circuit Gilles Villeneuve is located within Parc Jean-Drapeau on the man-made Île Notre-Dame island in the St Lawrence seaway.

Montreal-Trudeau Airport (YUL) is the main international airport serving Montreal and is 20km from the city centre. It’s a busy hub with a range of direct flight connections to North America, Europe, Asia, Africa and South America.

How to get to Circuit Gilles Villeneuve:

While Montreal’s hotels increase their prices over Grand Prix weekend, the good news is that there are plenty of options to choose from for your visit to Canada. Thanks to its efficient public transport system, central Montreal is the best place to stay for your trip to Circuit Gilles Villeneuve.

We advise staying near a metro station, with the Berri UQAM interchange being just one stop away from the circuit. If you’re on a budget, the Samesun Montreal Central is a well-rated youth hostel within close proximity of this station. The more expensive Hotel les Suites Labelle is similarly located, close to the Latin Quarter of the city, while Hotel Abri du Voyageur and La Tour Belvédѐre are also very close to metro stations.

For those with a larger budget, the Hilton Garden Inn Montreal Centre-Ville, Courtyard by Marriott Montreal Downtown and Hotel Le Crystal Montreal all offer good downtown locations – perfectly situated to soak up the city’s nightlife and other attractions. 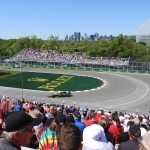 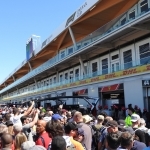 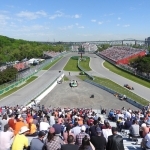 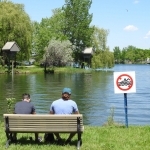 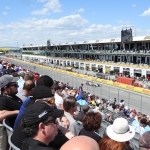 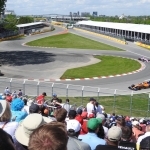 Check out our videos and ranking of the best grandstands at the Canadian Grand Prix: Top 10 Grandstands + 1 at Circuit Gilles Villeneuve