The streets of Les Invalides in the French capital have hosted the Paris E-Prix since 2016. After being cancelled in 2020 due to the coronavirus pandemic, the Paris E-Prix returns for Season 7 in 2021.

The  Circuit des Invalides which first debuted in the series in the 2015/16, boasts picturesque backdrops of the Eiffel Tower and the Place Vauban with a pitlane close to the Musee de l’Armee, has quickly became a fan favourite. It is also one of the shortest tracks on the Formula E calendar.

The 1.930km temporary street circuit might not be to every driver’s taste, thanks to its many narrow sections and slippery surface, where one single mistake could land a car into a wall and out of the race. The circuits boasts 14 challenging turns that takes the cars through several fast corners, especially at turn 2 that is a crucial spot for overtaking while other parts of the track are mainly narrow long straights.

The Paris E-Prix is more than just a race for the French capital as the all-electric championship plays a higher significance for the city that’s promoting itself as a leader in championing green mobility on the global front. Not only that, France is the original birthplace of Grand Prix racing, and a local E-Prix brings strong historical context to the event.

Circuit des Invalides is a temporary street circuit that’s only used once per year. The 2020 Paris ePrix (scheduled for April 18) was cancelled due to the coronavirus pandemic.

The 2021 Paris E-Prix has been included on the provisional Formula E calendar for Season 7, taking place on April 24, 2021.

The Paris Circuit is located in the centre of the city, close to Les Invalides and the Eiffel Tower.

Paris is served by two main airports, Charles de Gaulle (CDG) and Orly (ORY). Learn more here. Ryanair and other discount carriers uses Beauvais Airport (BVY), but this is some 85km from the center of Paris.

The easiest way to get to the circuit is by the Metro. The closest stop to the Allianz eVillage is Invalides. Other nearby Metro stations include La Tour-Maubourg, Varenne and École Militaire. If you are lucky, you may even be able to walk from your hotel.

Check out the best tours in Paris. 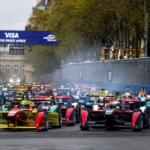 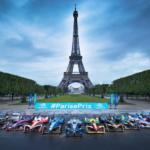 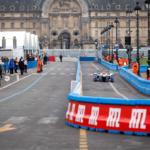 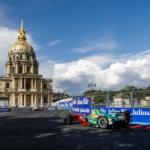 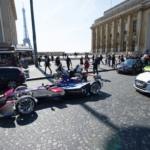 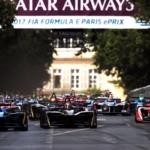 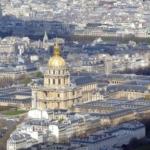