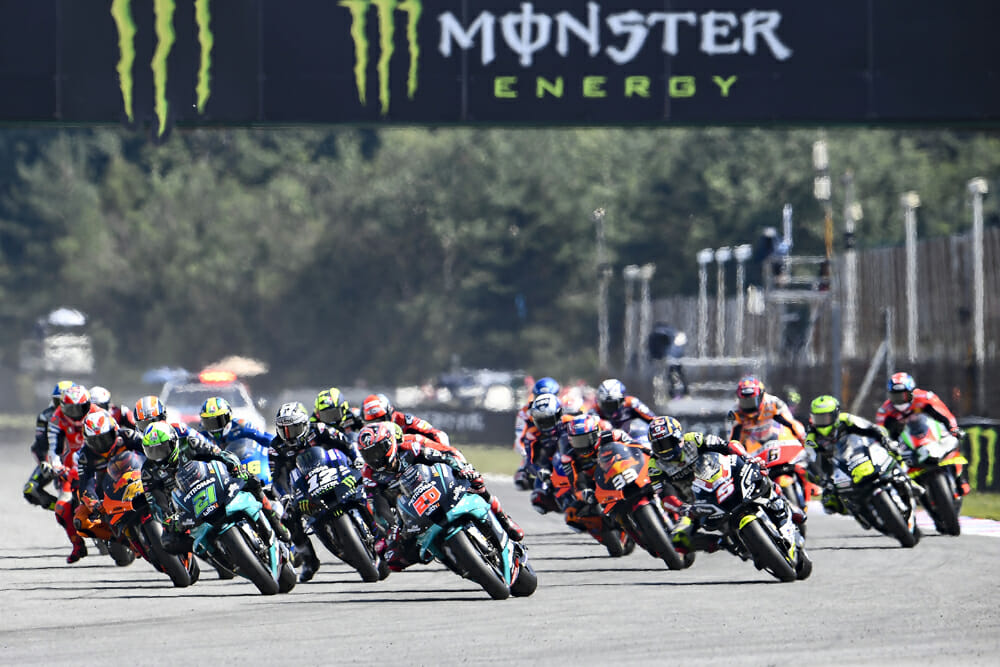 Qatar will now host the first two races of the season followed by Portugal in the revised 2021 MotoGP calendar announced yesterday. The races in Argentina and the USA have been postponed till the fourth quarter of the year,

MotoGP blamed the “ongoing Covid-19 pandemic and resulting lockdowns and complications” for the postponement of the Argentina Grand Prix and Americas Grand Prix, which are expected to be staged at the end of the season – revised dates for both races have not yet been confirmed. As a result of these changes, the Losail International Circuit will now stage two races to begin the season on March 26-28 and April 2-4. The original dates for the traditional season-opening Qatar MotoGP have been retained (March 26-28), but the Middle Eastern circuit will now host a second weekend of racing (Doha MotoGP) on the following weekend. After making a popular debut as the host of the final race of last season, the Algarve International Circuit has now been added to the revised 2021 MotoGP calendar and will host the Portuguese MotoGP on April 16-18. No other changes to the previously announced calendar have been announced, though the new Mandalika International Street Circuit in Indonesia has been announced as a reserve venue.