This weekend, Formula E travels to Morocco for Round 4 of the 2019/2020 Championship. Stuart Garlick previews the race and some of the best attractions in Marrakesh.

It wasn’t always going to be this way, but ABB FIA Formula E is returning to Marrakesh on Saturday 29 February. This year’s race is a late replacement for the Hong Kong E-Prix, which was cancelled amid ongoing unrest in the city. Marrakesh has staged three races in the past four seasons of Formula E and while it may not be universally popular with media and teams, it’s definitely a good option for European travelers craving a bit of warmth and sunlight during the winter.

Added to that is that the 2020 Marrakesh E-Prix actually takes place on Leap Day (February 29), a day which only happens once every four years, and which, in an Irish tradition which was exported to the UK, was thought to be the only day when women were permitted to propose to men. Following on from the Mexico City race, which took place right after Valentine’s Day, Formula E is turning into, at least superficially, a championship for those who seek romance.

Andre Lotterer probably doesn’t agree with that statement, having been edged out at the first corner in Mexico City by Mitch Evans, with the New Zealander in the Jaguar going on to post one of the most dominant victories in Formula E history. Evans now leads the title race by one point from Mr. Calm himself, BMW i Andretti’s Alexander Sims, with DS Techeetah driver Antonio Felix da Costa another seven points back. Formula E has a history of close title fights, and this year is shaping up to be no exception. 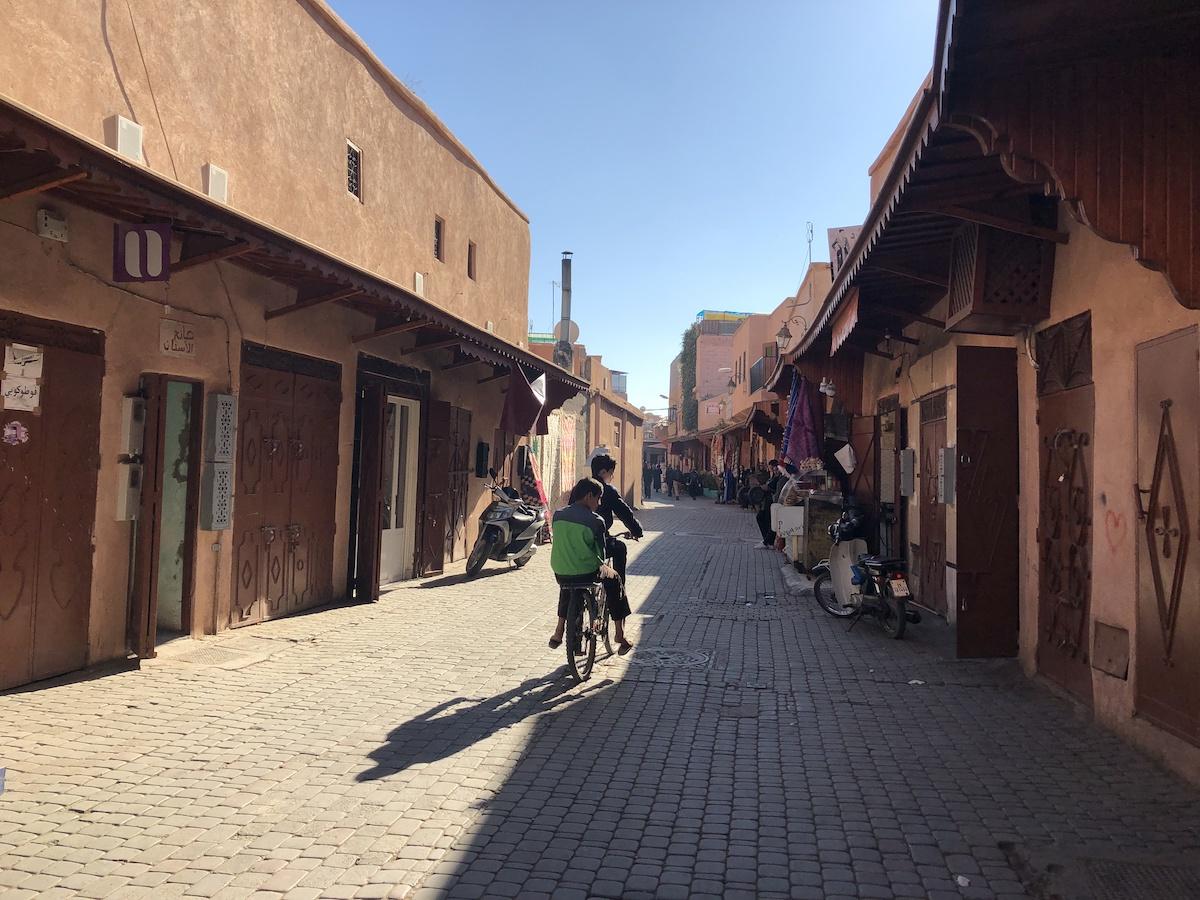 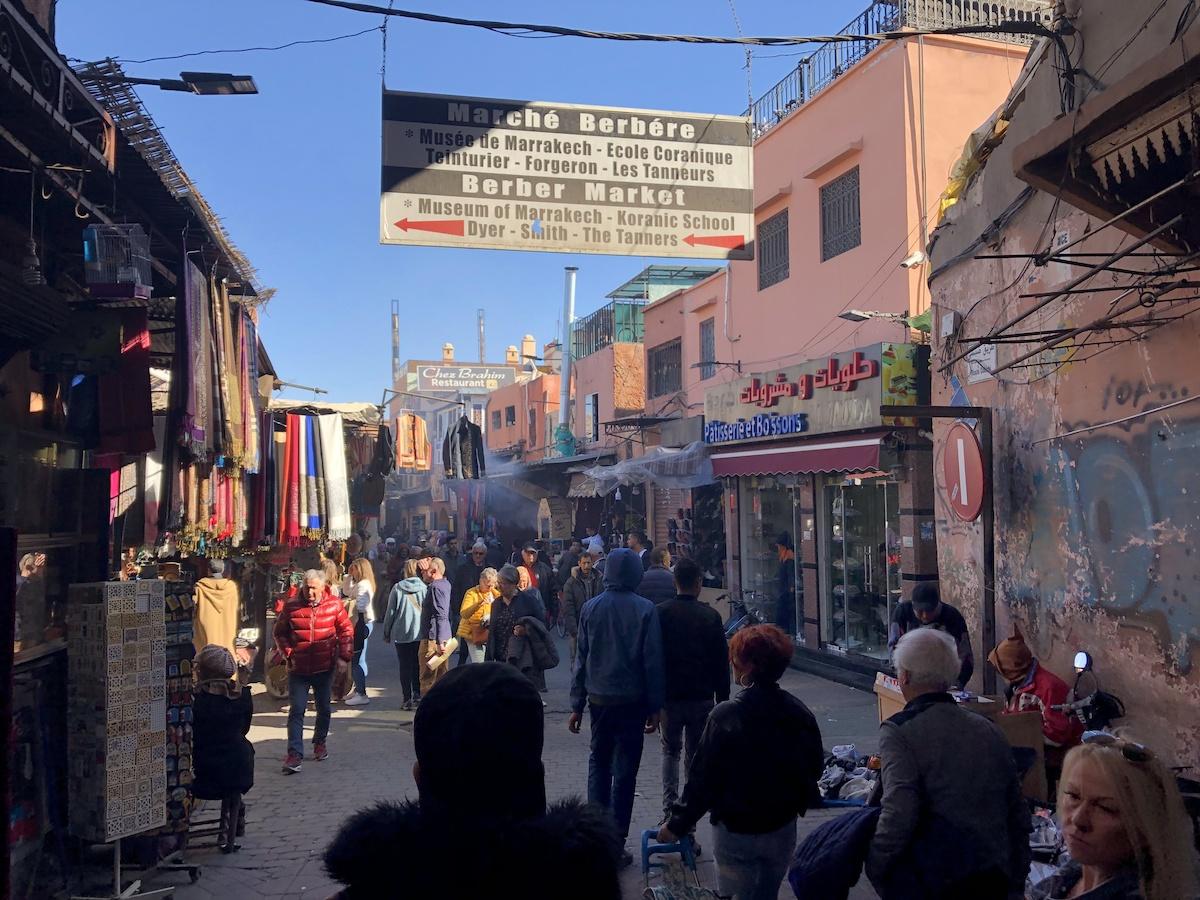 It’s crowded at the top of the table, and that’s a word you could also use to describe this bustling Moroccan tourist hub. Marrakesh was founded in 1062, but Berber farmers had lived there long before that. These days, it’s a popular haunt for British tourists, thanks to cheap flights from Ryanair and EasyJet. Plenty of other European discount carriers also service the city.

The circuit is situated in the Agdal area of Marrakesh, only a couple of kilometres from the airport and a cheap and quick taxi ride from the city centre. As with the Santiago E-Prix circuit, the track at Marrakesh is built next to a major public nature spot – in this case the Agdal Gardens (Jardins d’Agdal), 400 hectares of botanical gardens which were created in the 13th century and which today is home to a large carp pond.

Another must-see garden in Marrakesh is Jardin Majorelle. The boldly colored villa here is great for sightseeing and selfies, and the 2.5-acre garden will reinvigorate you on the hottest of days. It took 40 years to complete the garden, which was eventually co-owned by fashion designer Yves Saint Laurent, a new museum about whom is now open adjacent to the garden. Within the garden’s grounds, you can also find the Islamic Art Museum, which is well worth taking the time to visit.

One place you simply have to see when in Marrakesh is the Medina, a traditional market where you can find literally everything, including spices, clothing, and other souvenirs to take home. You are advised to be wary – it can be a major tourist trap for the unprepared, with plenty of people willing to put on a show, but then expecting payment. The same goes for having photos taken with snakes and other animals. Be very clear about your intentions and your actions, and consider leaving cards and expensive electronic devices at the hotel. The Brigade Touristique (Tourist Police) has a strong presence around the most frequented areas of the city, but pickpocketing is still a potential threat.

There are a number of laws to bear in mind before travelling to Morocco for the first time. One is that alcohol is permitted, but drinking in public is not. You can, nonetheless, purchase alcoholic drinks in supermarkets and convenience stores – but the key is to be respectful to the local culture, and if you think you might not be allowed to drink in a particular place (such as a balcony in a rented apartment, where it is forbidden), err on the side of caution.